The concept of multiculturalism is becoming a trending topic for the last decades. A huge number of researches focusing on multiculturalism might be easily found both through articles and books. Some argue that this issue need to be seriously taken into account considering many movements coming from the minority groups of religion, culture, and race, emerged to demand their existence being recognized by public society and state (Parekh, 2008). They insist on asking government to appreciate their existing on behalf of civil rights. Another point that might be considered is several conflicts based on races, ethnicity, religion, and culture that are happening across the globe, indicated the importance of implementing multiculturalism in the practical way. I believe that people who tend to commit violence or conflicts in the name of religion and culture demonstrated their inability to recognize the differences. In other words, they lacked understanding regarding multiculturalism. Unfortunately, in the context of Indonesia, the majority of people who got involved in a religious violence come from Moslem extremist background.

Multiculturalism can be defined as the policies and practices that recognize, accept and affirm human differences and similarities related to gender, race handicap and class. It also can be “as philosophical position and movement that deems that the gender, ethnic, racial, and cultural diversity of a pluralistic society should be reflected in all of the institutionalized structures of educational institutions, including the staff, the norms, the values, the curriculum, and the student body”. Historically, the notion of multiculturalism emerged during the civil rights movement of the 1960’s struggling for political power, freedom and economic integration in the United States. During that time, a number of oppressed groups demanded that public schools cover cultural and ethnic content. Although most of them are minority groups, they asked for recognition and equal treatment like the others. In the late 1960 and early 1970’s, there was an example of civil rights movement, namely, women’s right groups who advocated for this educational reform and called for learning institutions to provide equal opportunities for all the people that coming from different social background. Their demand not only concern on economics level that is politics of redistribution, but mainly about politics of recognition.

This conference aims to challenge an understanding of multiculturalism as solely rights and duties and extend our analysis to the actions and contentions through which people come to identify themselves as citizens. Furthermore, the focus will be on elaborating upon the interactions between Islamic movements, society and the state as a way to re-conceptualise our understanding of what multiculturalism – as a form of identity and action – entails in contemporary Indonesia. To do so this conference aims to bring together scholars whose research will question, describe and even provide potential answers to how exactly we can understand the multivariate ways Islam is evoked in the public realm within the context of contemporary Indonesian multiculturalism; the historical narratives and modes of action through which rights and identity are claimed; and what this can mean for the idea of an Indonesian citizenship defined in broader terms than religious identity. This is important not only to re-focus our concern onto the broader implications of Islamic activism, but also in placing contemporary religious intellectualism within the broader perspective of Indonesia’a national history and, consequently, in wider notions of multiculturalism.

The conference focuses its discussion on Theme “The Fourth (4th) Internasional Conference on Islam in Southeast Asia (ICISEA)”  and covers following topics, but not limited to: 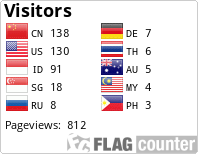